In July 2017, Urban Tilth became an official member of the Climate Justice Alliance. We are excited to work nationally with grassroots organizations to co-create a new sustainable economy by helping to Change the Story, Build the New, Fight the Bad, Move the Money and collectively Build a Movement of Movements.

Why are we excited to join the Climate Justice Alliance? 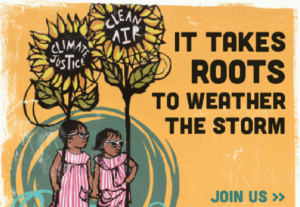 Urban Tilth has been devoted to cultivating new environmental and social justice leaders while growing a sustainable and just food system in Richmond for over 12 years now. We have seen some successes, and we also know that this moment calls for a broader, more coordinated translocal vision for a Just Transition of the agriculture sector away from dependence on fossil fuels and profit-driven decision making, towards a food system that is regionally local, appropriately scaled, environmentally responsible and socially and economically just that can also feed the 7 billion people on planet Earth, 323 million people of the United States as well as the 100,000 people of Richmond, California. In short, we need a plan. To be more specific, in this moment we need a comprehensive, regionally generated Just Transition plan to re-envision, move resources and build the new food system that our next 7 generations needs that puts land, water, air and people before profits. We have joined the Climate Justice Alliance to help articulate and co-create a space for food sovereignty and just and sustainable agriculture / food systems in the new regenerative economy we need.

More about the Climate Justice Alliance: 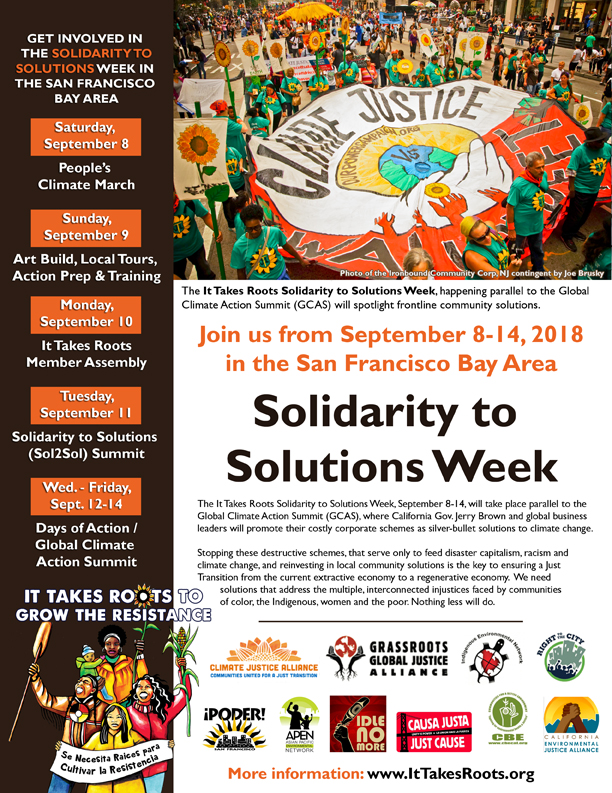 From GGJ, “GGJ co-anchored the founding of the Climate Justice Alliance (CJA), a collaborative of over 35 community-based and movement support organizations that launched the Our Power Campaign: Communities United for a Just Transition in June 2013 to bring together frontline communities to “build the bigger we” for a just transition toward local, living economies.

CJA is rooted in Indigenous, African American, Latino, Asian Pacific Islander, and working-class white communities throughout the U.S. We are applying the power of deep grassroots organizing to win local, regional, statewide, and national shifts. These communities comprise more than 100 million people, often living near toxic, climate-polluting energy infrastructure or other facilities. As racially oppressed and/or economically marginalized groups, these communities have suffered disproportionately from the impacts of pollution and the ecological crisis, and share deep histories of struggle in every arena, including organizing, mass direct action, electoral work, cultural revival, and policy advocacy.

Together we are strengthening relationships between community-based organizations, environmentalists, labor unions, food sovereignty/sustainable agriculture groups and other sectors of society.

As CJA we are coalescing our power to reshape the economy and governance in the coming decades – we are communities united for a just transition.”